Here’s the first part of a research paper I wrote…

for the Human Growth and Development course…

To renew my Florida Teaching Certificate…

I pray it helps someone…

Because prayer helped me!!

“The primitive physical, functional pattern of the morning of life, the active years before forty or fifty, is outlived.  But there is still the afternoon opening up, which one can spend not in the feverish pace of the morning, but in having time at last for those intellectual, cultural, and spiritual activities that were pushed aside in the heat of the race.”

“Most middle-aged Americans are quite healthy, however, baby boomers may be less healthy than previous generations and the youngest cohorts reported more pain, chronic, health conditions, difficulty getting around, than those who had been the same age 12 years earlier.  Despite their generally good health, many people in midlife experience increasing health problems or are concerned about signs of potential decline.  They may experience less energy than in their youth and are likely to experience occasional or chronic pains and fatigue.”

I have just been recently (by process of elimination!) been tentatively diagnosed with a mild case of fibromyalgia.  The information I found rings so true and answers so many questions I’ve had for quite a number of years.  This research paper is a gift I gave myself.

Fibromyalgia is a condition that causes chronic pain and effects 2 to 4 % of the population, predominantly women.  It is a widely misunderstood clinical syndrome with multiple symptoms that commonly occur together, and defined by widespread muscle pain, decreased pain threshold, and tender points which tend to come and go, and move about the body.  This common and chromic condition can also be associated with, sleep disturbances along with cognitive and memory problems (often called “fibro fog”), and incapacitating fatigue.

Many people with fibromyalgia also experience additional symptoms such as headaches, irritable bowel syndrome, irritable bladder, temporomandibular joint disorder (which is the joint between the head of the lower jawbone and the temple and frequently referred to as TMJ), pelvic pain, restless leg syndrome, sensitivity to noise and temperature, anxiety, and depression.  These symptoms can vary in intensity and come and go, in the same way as the pain of fibromyalgia often does.

Fibromyalgia is not a form of arthritis (joint disease) and does not cause inflammation or damage to joints, muscles, or other tissues.  However, because fibromyalgia can cause chronic pain and fatigue similar to arthritis it may be thought of as rheumatic condition.  As a result, it is often the rheumatologist who makes the diagnosis (and rules out other rheumatic diseases), but your primary care physician can provide care and treatment for fibromyalgia.

No one knows what causes fibromyalgia.  However, doctors do know that people with fibromyalgia can have abnormal levels of substance P in their spinal fluid, a chemical that helps transmit and amplify pain signals to and from the brain.  For a person with fibromyalgia, it’s as though the ‘volume control’ is turned up too high in the brain’s pain processing areas.  Current studies are underway to examine how the brain and spinal cord (the central nervous system) processes pain and the role Substance P and other nerve transmitters play.

According to Dr.Horst H. Mueller, RPsych, CRHSPP, FBCIA(EEG), “recent research increasingly points to the brain as key to understanding fibromyalgia. There is growing consensus among researchers that fibromyalgia is a pain amplification syndrome in which central nervous system plasticity plays a major role in symptom onset and maintenance. Neural plasticity refers to the way the neurological systems (sensory, motor and central) react and adapt over time to repeated stimulation of chronic pain.”

Dr. Mary Lee Esty believes fibromyalgia (FMS) is misnamed because the dysfunction is in the brain, not in the muscle fibers.  Trauma-induced changes in the central nervous system (CNS) perpetuate FMS symptoms.  The CNS ability to filter and process signals is modified, leaving increased perception of pain.  Dr. Esty has found that most FMS patients seen in her clinic have a history of mild or moderate brain trauma. When brain cells are damaged by physical or biochemical trauma, imbalances appear, regardless of the cause of damage.  The first 2 grades of concussion do not involve loss of consciousness and many people remain unaware that they have sustained a concussion.  Brain trauma is cumulative.  Minor brain traumas through life can culminate in a variety of major dysfunctions.  The majority of FMS patients have had brain trauma that is sufficient to affect functioning.

Genetics, also, appear to play a role leading to a family tendency to develop fibromyalgia.  Also, everyday life exposure to physical, emotional, or environmental stressors may trigger the initiation of fibromyalgia symptoms.” Some possible triggers may include:  A physically traumatic or stressful event, an emotionally stressful event, an illness, or an immune disorder.

How is fibromyalgia diagnosed?

Unfortunately, there are no ‘objective markers,’ such as evidence on X-rays, blood tests, muscle biopsies, or other diagnostic tests, for fibromyalgia, so patients must be diagnosed based on the symptoms they’re experiencing, and on a physical examination by the doctor.  Medication, while important, is not the only treatment:  Patient education, exercise, self-management skills, and alternative therapies help treat fibromyalgia symptoms.

According to Dr. Clauw and Denise Taylor Moon, “because pain and tenderness are the defining characteristics of fibromyalgia, medical care providers focus on the features of the pain to distinguish it from other rheumatic disorders.  For instance hypothyroidism and polymyalgia rheumatic often mimic fibromyalgia.  However, blood tests for TSH (thyroid stimulating hormone) and ESR (erythrocyte sedimentation rate) values can differentiate these diagnoses from fibromyalgia.  Occasionally, fibromyalgia can be confused with other rheumatic disorders such as rheumatoid arthritis or lupus, but again, there is difference as these conditions cause inflammation in the joints and tissues.”

While men and adolescents can develop fibromyalgia, this condition is more common in women.  The disorder tends to develop during early and middle adulthood or during a woman’s childbearing years.  Those who have a rheumatic disease such as lupus, rheumatoid arthritis, or ankylosing spondylitis are also at risk for developing fibromyalgia.

In an interview with Connie Luedtke, R.N., the nursing supervisor of the Fibromyalgia and Chronic Fatigue Clinic at Mayo Clinic, Rochester, Minn., she answered questions about some of the most common misconceptions about fibromyalgia:

What is the most common misconception about fibromyalgia?

“The top misconception is that people think fibromyalgia isn’t a real medical problem or that it is‘all in your head.’ It’s sometimes thought of as a ‘garbage-can diagnosis’ — if doctors can’t find anything else wrong with you, they say you have fibromyalgia. Being diagnosed with fibromyalgia does require that you meet specific criteria, including painful tender points above and below the waist on both sides of the body.

There’s a lot that’s unknown about fibromyalgia, but researchers have learned more about it in just the past few years. In people who have fibromyalgia, the brain and spinal cord process pain signals differently; they react more strongly to touch and pressure, with a heightened sensitivity to pain. It is a real physiological and neurochemical problem.”

Why does this misconception persist?

“In our society, people tend to think that there is a cure or a fix for every medical problem. You go to the doctor, expecting he or she will fix whatever’s wrong with you with medication or surgery. It’s frustrating to people with fibromyalgia because the traditional treatment approach isn’t effective. And it’s also frustrating to health care providers because they want to help people. But there’s no easy fix. It takes lifestyle changes and small steps toward achieving wellness. It’s a process.”

How have misconceptions about fibromyalgia changed over the years?

“More people understand that fibromyalgia is a real problem, often because they know someone who has it — perhaps a sister or daughter or mother. Health care providers are seeing that people who have fibromyalgia can manage their symptoms with lifestyle changes to improve their overall functioning and quality of life. And there’s hope for the future.”

The hope for the future is in His healing power!!

“Bless the LORD, O my soul:

and all that is within me,

Bless the LORD, O my soul,

and forget not all His benefits:

Who forgives all your iniquities;

who heals all your diseases; …” 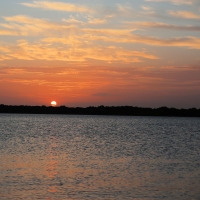 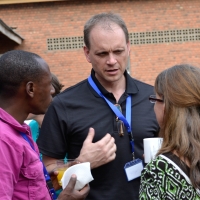